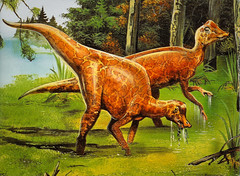 Intelligence is a fitness indicator, which might be why we have it. Animals use them to judge potential mates. The brain—like a gigantic shiny colorful tail—is a good choice. It’s sensitive to the animal’s condition, it’s hard to fake, and it’s a pretty good show of what sexy genes you have. A mind gets pretty screwed-up if you have a screwed-up existence—and crazy isn’t sexy. Conversely, a good mind is, and it shows. Story-telling, humor, playfulness, creativity, wit, kindness, a broad vocabulary, social savvy, imaginative problem-solving, and refined taste are all mental fitness indicators used by humans. All these sexy personality traits lead to more sexy persons, the better brain genes making minds bigger and better.

That’s the idea behind Geoffrey Miller’s The Mating Mind, in particular the chapter appropriately called “A Mind Fit for Mating.” Pages 77 and 111 are partially (and liberally) paraphrased above. His hypothesis is that our swollen primate cerebellums are the result of a sexual fetish preference our ancestors were lucky enough to stumble upon. 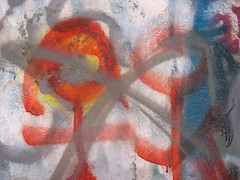 And because our courtship (and brain evolution) got so carried away with itself, we very accidentally discovered all these really cool survival mechanisms like agriculture, language, architecture, metal-working, medicine, and the other stuff you can research in Civilization. Even more astounding is that all the quintessentially human self-expressives like literature, art, philosophy, music, dance, and making comic books are for mating purposes just ornamentation to show off our big sexy brains.

So here’s our modern mating problem, as I see it: we’ve got these neat survival strategies that freed up time otherwise spent acquiring food, finding shelter, defending from predators, etc… and so we’re supposed to have more time to develop our courtship skillz = music, art, being a total genius at pinball, etc. But we in modern society also have to work at time-consuming jobs so we can pay for food, shelter, cool new electronic gadgets, etc. And it’s usually the young, the horniest ones with the least developed courting-collections, who have the most time-consuming (and least expressive) jobs. Oh, sweet and hilarious irony! Etc! 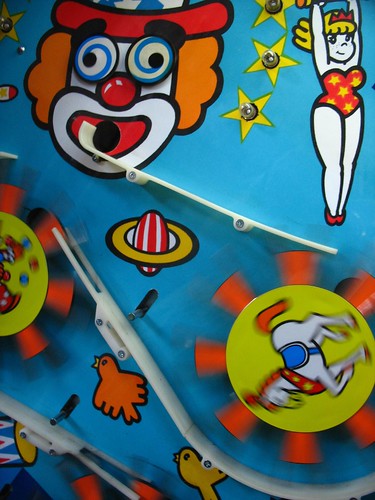 Yet, the young are not doomed to unsexiness. Thanks again to our big brains, we don’t have to go through the first several years of courtship feeling dumb and unattractive. We have an excellent prosthetic using the now super-stylish concept of memetics (which you were sure I was gonna get around to eventually). Much the same way we horny youngsters long to transfer our living genes, information can move between the habitable environs of our minds, in discrete packages called memes. Memes move from brain to brain, making possible things like culture, religion, politics, and inside jokes. Just like organisms, the ones good at propagating get propagated more. There are harmful memes and relatively harmless memes, just like organisms. Yet again just like organisms, there’s mutations and migrations and whole populations of them.

This is good news for those of us who don’t have time to write the great American novel. Memes give us the opportunity to communicate, in a less forceful way, all our cultivated artistic tastes we’ve worked so hard on. Even better, they give us references for how good our own could be once we get around to it. Even better, individual memes vary from common to rare, meaning the rarer ones often reveal a deeper connection when they’re shared. Even better wow-I-know-so-awesome, they are a great social activity, entertaining, stimulating, lubricating, moldable, re-usable, bond-on-contact, dishwasher-safe, usually with a decent manufacturer warranty.

Memes seem like the perfect consumer item (and lots are). But the really good ones are also the perfect brainy aphrodisiac—for when we humans do finally get around to mixing those sexy genes. So now, whenever young people just sit around starting their sentences with:

One reply on “The Mating Memes”

the large colorful tail you mention is not actually a tail- but highly elongated upper tail coverts.