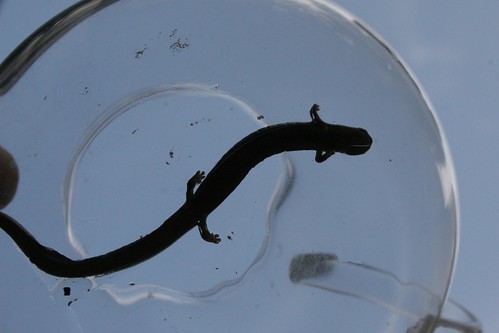 I discovered a small colony of creatures under refuse of broken cactus plants the other day. I thought they were earthworms at first, those dark slimy shapes squirming around under the wet debris. But they squirmed wrong. I looked closer—very close in fact—and saw, oddly, that they had legs. Tiny, tiny legs with minuscule fingers. I thought they were skinks as their bodies were so long comparatively. After research, however, I have concluded that there is a population of California Slender Salamanders living in my backyard, in urban San Francisco. They’ve probably been there a very long time. I’m told they have a lifetime range of about 14 square meters—less than the backyard. Salamanders in the garden make me happy.