It’s a favorite saying of mine:

Nothing works and everything’s broken. 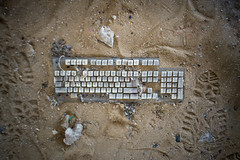 The funny thing is, it’s one of those things that we may say because it sure feels like the truth, even if it isn’t true, and then it more or less happens. Let’s get to specifics, cause the specifics will allow me to vent. I have to fix all this stuff. My ladyfriend’s desktop computer is broken. The hard drive shorted out and I’ve been recovering data since. Her laptop has this funny thing where it’ll overheat if it’s not turned upside down or vented every once in a while. Both fans are ok, according to her uncle who bought the stooopid thing. My computer has a hard drive that randomly disconnects, every couple weeks or so, and must have its IDE cable detached then reattached. This involves opening the case and finding the particular drive. That’s always fun. Today, my iPod wouldn’t work. None of the programs was recognized as a “valid Win32 application.” And all that was caused by one file, one file that was improperly copied and so left an unfinished bit dangling off the end, causing Windows to ceaselessly, uselessly read the damned bit. Fucker. 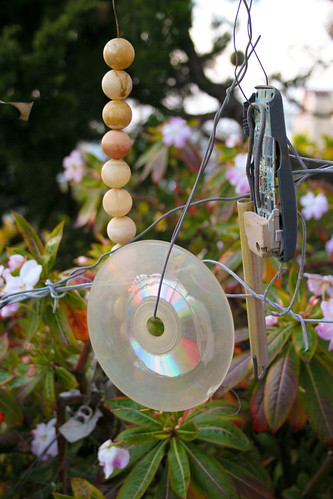 Enough techno-talk. What am I saying here?

You know, they always say people die in threes. Like, three famous scientists will all pass away within a couple of weeks, and maybe a couple months later three famous television personalities will die—one of a heart attack, one of old age, and one from a freak accident involving a blender and a foreign voltage outlet? These things seem to happen a lot. Of course, it’s probably just a perceptual fallacy. Human beings are pattern-seekers. It makes sense in our evolution that we should discover patterns in nature so we can predict and exploit them. Hence, the “laws” of physics. Dependable things those are. Trouble is we tend to seek patterns in everything, even those place where there are no patterns: like the letter pi. And then we go crazy.

Hopefully the computers are just circumstantially entropic. They are complicated systems. Complicated systems tend to gather more entropy as they have flaunted so far in becoming as complex as they are. Entropy: the Grim Reaper dressed like an accountant. And who likes an accountant, really? Not me.