There was a sudden realization I had tonight while doing the dishes, about the last four books I’ve read:

Now, these books all have something in common. I’ll give you a hint: it’s a technological post-human meta-rapture of near-infinite to infinite progress beyond the boundary of which no predictions made before could possibly hold true after. Not that that might ever stop anyone from guessing about… The Singularity. If you’ve never heard of it, apologies — you’ve been missing out on one of the more optimistic ideas about the human condition ever dreamed. Which is why I love reading books about it, no matter how impossibly inaccurate the predictions.

The idea of the singularity is based on a the idea that the paradigm-shifting points in history are getting closer and closer together: 13 billion years is the age of the universe, 5 billion for the solar system, 1 billion for complex multi-cellular life, 125 million for mammals, 1 million for humans, 50,000 for fire, 10,000 for agriculture, through all of human civilization and on to the recent awareness of Moore’s law and beyond. And, if such tendencies continue (as tendencies do), eventually a point will be reached that change happens so fast as to be… almost impossibly fast. Fascinatingly powerful idea, right?

If you’re interested in the whole mysticism of it, Terrence McKenna thought of it as a “singularity of novelty” and had all sorts of ideas like how shamanism was a probable agent of evolution. “History is the shockwave of the eschaton,” stuff like that. There’s a collaboration he did in the early 90’s with an electronic band by the name Shaman that’s quite good:

Now, as to the dish-washing revelation. Seems to me that when something is fascinating to you (and this certainly is for yours truly), the reason that’s so is usually important. Y’see, seems to me that this whole business revolves around the idea of amplification, Law of Accelerating Returns, logarithmic time and all that—acceleration (…we have title). I realize I’m being overly down-home-cowboy with my words here, if only to avoid being all highfalutin’ about philosophy; but allow me this observation:

A mighty fine sup’sition on the often finicky follow-throughs of a life lived for the future, if I do say so. A more folksy way to summarize it might be: “if you find yourself talking the talk, you better walk the walk.” Why has it seemed that my life is proceeding so slowly, then? Why do appointments get pushed back, why do things stay on my to-do lists so long, how do I go weeks without a major paradigm shift? I guess I need to accelerate things. To that end, and to close things out, I wish to make a few announcements. So here goes… a few important things: 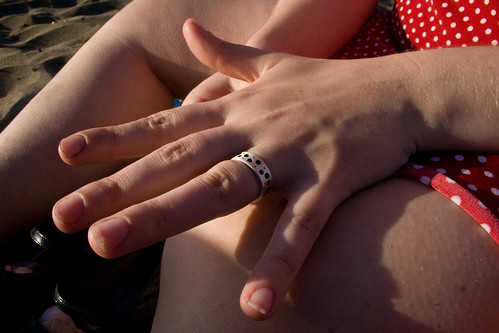 We’re planning to get married sometime in 2010.

i’ll fly out for that!

Glad to hear it! You’re invited, as well as your sisters and your folks, of course.

Wow Orin, I missed that post. Congratulation for the ring! (I do have a ring now, not the same kind thought, I’ll show you next month). About the post, I can say that keeping yourself busy with activities and stuff should accelerate the changes. At least, that’s what I noticed on my side.
See you soon