Strong feeling while it was happening that I’ve had this dream before, that it’s a complete replay.

I’m playing a side-scrolling dinosaur video game that’s quite violent. You start off a fairly standard size, and you complete the level and think you’re through with the game. But instead, you fly over this rocky riverbed area with some snakes — in the development process, we (the developers) made a big deal of there being no snakes in this video game. In order to continue and get to the second act you go and become a small character (perhaps a Compsognathus?) and get brutally ambushed and bitten by dozens of snakes and snake-like dinosaurs (like Vertigo from Primal Rage). 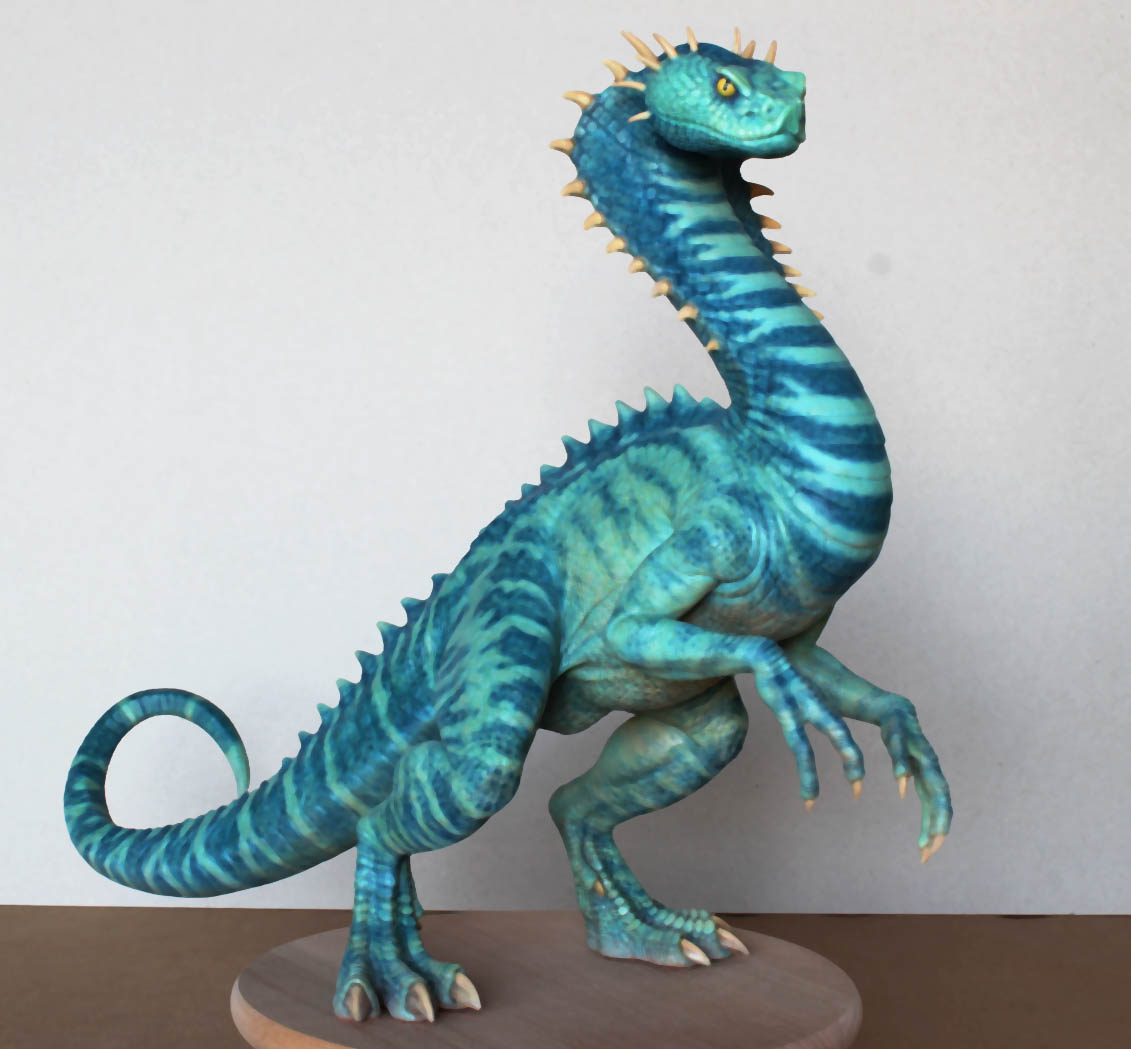 Thereafter you ride on top of boxcars, and get to an island area where a gigantic T-rex head emerges as the hillside itself (like Grant’s final waterfall level of Jurassic Park Rampage Edition). Going into a concrete stairwell, you run into the Furies from Labyrinth (or Fireys, as they’re called in the movie). The Furies turn you into one of them for the next level — in this case, being a young woman trapped in a burned out, rotting, scratched-up stump of wood displayed in a high-end department store. This level is really hard to get past, as the other women there turn you back into a stump, and I get repeatedly get turned into different artfully-aged chunks of wood before I’m woken up by our lovely cat doing a pee-pee-shake dance on the corner of the bed.